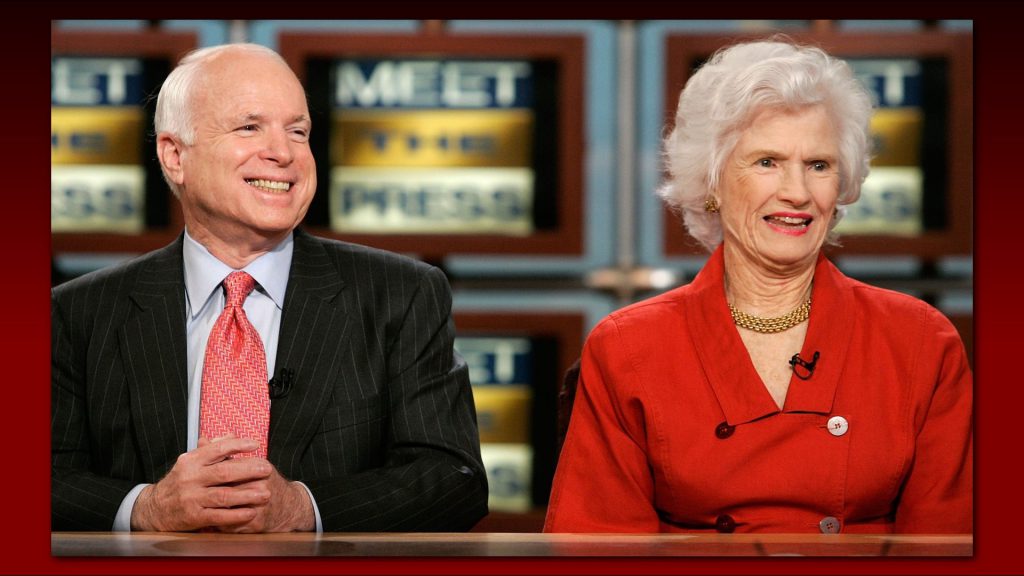 My mother-in-law, Roberta Wright McCain, died in her Washington home a little after one o’clock eastern time this afternoon. Her son, Joe, was with her when she passed away. The matriarch of the McCain clan, devoted wife, mother, grandmother and sister, her relations were as captivated by her charms as were her thousands of admirers. Roberta was the liveliest presence in every room she graced, an irresistible force of nature. Her life spanned more than a century. She was her husband’s closest confidant, and with her lifelong passion for travel and learning that never wearied, she was more than a witness to great events, she was an active participant in and shrewd observer of some of the seminal moments of the last century.

Roberta goes to her rest having outlived her husband, two of her three children, and her beloved twin sister, Rowena. She lived another four decades after her husband, Admiral John S. McCain Jr., passed, never losing her zest for life. She lived long enough to see her oldest son nominated for president, and to grieve his loss twelve years later. John credited Roberta with giving him his resilience in adversity and his joy in living, writing of her, “Her delight is infectious, and becomes in her company, yours. She has a great gift [for living], and it is all the greater for the ease and happiness with which she shares it.”

Now she has been reunited with her husband, Jack, with Rowena, and with her children, John and Sandy. Her family and many friends grieve her loss, but we will treasure her memory all our lives. She is, after all, unforgettable.