John McCain embodied and inspired American exceptionalism
as demonstrated in a collection of his convention speeches dating back to 1984:

As the son and grandson of distinguished Navy admirals, John McCain deeply valued duty, honor and service of country. John attended college at the United States Naval Academy, and launched a 22-year career as a naval aviator upon his graduation. Senator McCain served two terms in the U.S. House of Representatives before he was elected to the United States Senate in 1986.

Senator McCain died from complications related to his brain cancer on August 25, 2018. At his death, he had served his country faithfully for sixty years. To learn more about John, please click here. 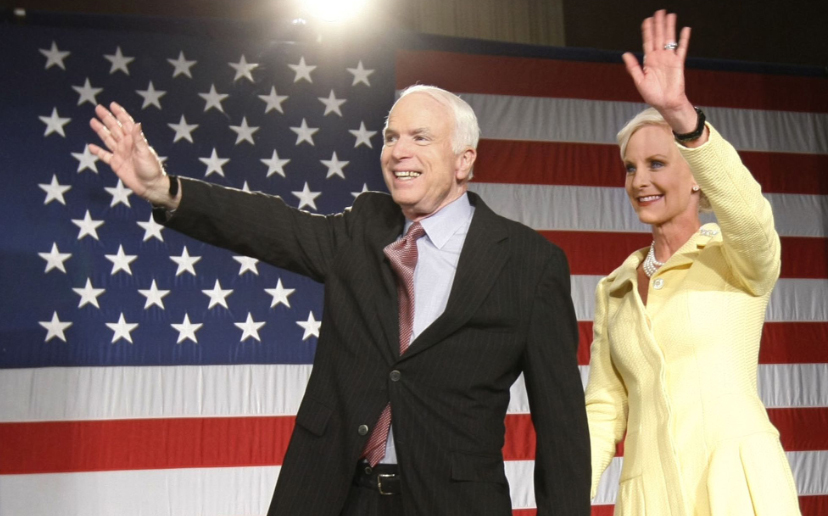 "I’ve known great passions, seen amazing wonders, fought in a war, and helped make a peace. I’ve lived very well and I’ve been deprived of all comforts. I’ve been as lonely as a person can be and I’ve enjoyed the company of heroes. I’ve suffered the deepest despair and experienced the highest exultation. I made a small place for myself in the story of America and the history of my times."
-- John McCain

Cindy Hensley McCain has dedicated her life to improving the lives of those less fortunate both in the United States and around the world. As the Chair of the Board of Trustees of the McCain Institute for International Leadership at Arizona State University, she oversees the organization’s focus on advancing character-driven global leadership based on security, economic opportunity, freedom and human dignity.

Cindy also chairs the Institute’s Human Trafficking Advisory Council. This is an issue she cares deeply about and is committed to ending human trafficking and supporting victims in Arizona, the United States and around the world. Through her work with the McCain Institute, several partnerships have been formed with anti-trafficking organizations working on solving various aspects of the problem. She also serves as co-chair of the Arizona Governor’s Council on human trafficking.

In addition to her work at the McCain Institute, she serves on the Board of Directors of Project C.U.R.E and the Advisory Boards of Too Small To Fail and Warriors and Quiet Waters. Cindy holds an undergraduate degree in Education and a Master’s in Special Education from USC and is a member of the USC Rossier School of Education Board of Councilors.

Please click here to learn more about The McCain Institute. 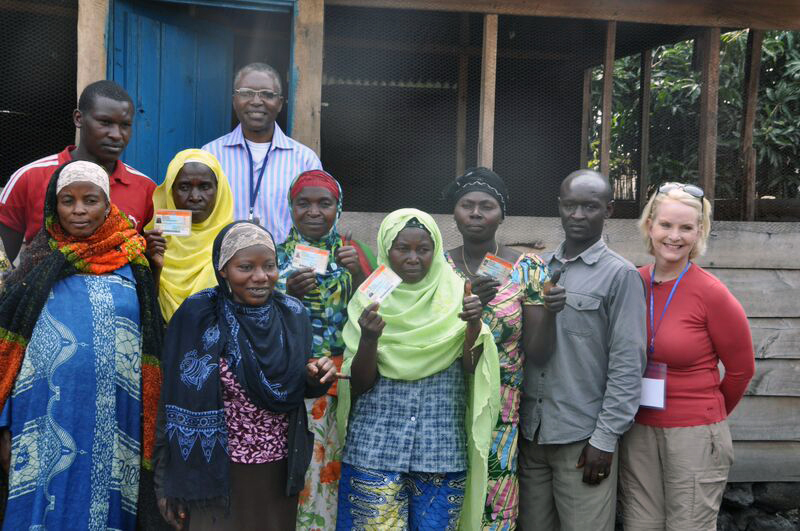 Robin Roberts, Cindy McCain, and more notable women honor the first woman voter in their families.  Watch Cindy McCain honor her grandmother, starting at the 4:53 mark of this clip:

Senator McCain didn’t always agree with his colleagues in Congress, but he always respected them. There was nothing he enjoyed more than debating the most pressing issues of the time on the floor of the Senate with his good friend, the late Senator Ted Kennedy, shaking hands at the end of their discussion, and then sharing lunch with one another as friends. Sadly, this type of civil engagement is all too rare lately. But we can do something to help reignite a spirit of civility.

To celebrate the life and legacy of Senator McCain, the McCain family and McCain Institute are undertaking and promoting acts of civility and you're invited to engage in this effort with them.

Commit to something larger than yourself. Reach across the aisle. Break the barrier. Come together for civil engagement #ActsOfCivility https://t.co/lMb4ar7Qq9

Join me this week as I remember and celebrate the life and legacy of my dad, Sen. John McCain with #ActsOfCivility. This video will help explain. I swear, the camera adds 30ish pounds. @McCainInstitute https://t.co/vqJJ5IwbMi

#ActsOfCivility: What You Can Do

Senator McCain was known for grand acts of civility, but no act is too small for our campaign. Here are some #ActsOfCivility you can take:
Below are some specific ways you can help us celebrate his legacy through #ActsOfCivility:

In His Own Words

Over the course of his service, Senator McCain’s straight talk and principled assessment of issues and events of the day positioned him as a leader and widely sought voice.  His words and thoughts on many issues remain as relevant today as they were when he spoke them. “In His Own Words” is a collection of some of Senator McCain’s memorable comments related to issues of today.

"Do not despair of our present difficulties but believe always in the promise and greatness of America, because nothing is inevitable here. Americans never quit. We never surrender. We never hide from history. We make history."

"We have to fight isolationism, protectionism, and nativism. We have to defeat those who would worsen our divisions. We have to remind our sons and daughters that we became the most powerful nation on earth by tearing down walls, not building them."

"But in the end, torture's failure to serve its intended purpose isn't the main reason to oppose its use. I have often said, and will always maintain, that this question isn't about our enemies; it's about us. It's about who we were, who we are and who we aspire to be. It's about how we represent ourselves to the world."

Statement from The Office of Senator John McCain

Senator John Sidney McCain III died at 4:28pm on August 25, 2018. With the Senator when he passed were his wife Cindy and their family. At his death, he had served the United States of America faithfully for sixty years.

Cindy McCain Statement on the 2020 Election

I am so proud of the voters in Arizona. We turned out in record numbers, through vote by mail, same day drop off ballots and voting in person on Election Day. We demonstrated in Arizona that, even in a pandemic, we will turn out in droves to participate in electing our leaders, obey the rules and take pride in the execution of our democracy.

Cindy McCain Statement on the Passing of Roberta McCain

My mother-in-law, Roberta Wright McCain, died in her Washington home a little after one o’clock eastern time this afternoon. Her son, Joe, was with her when she passed away. The matriarch of the McCain clan, devoted wife, mother, grandmother and sister, her relations were as captivated by her charms as were her thousands of admirers. […] 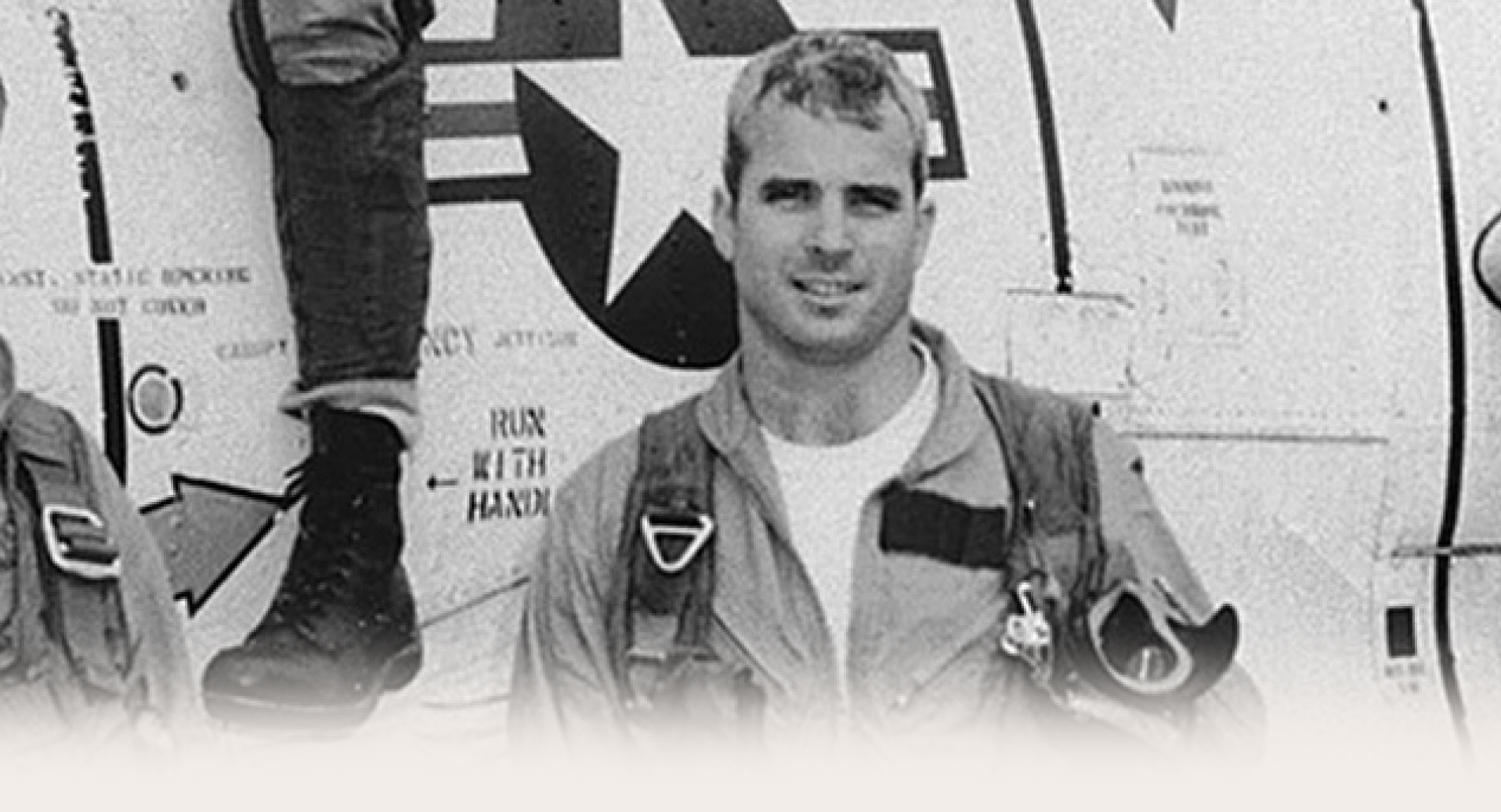 Senator John McCain's remarkable record of leadership embody his lifetime commitment to service. In celebration of Senator McCain's service to others, please consider learning more about and supporting a cause of critical importance to Senator McCain: 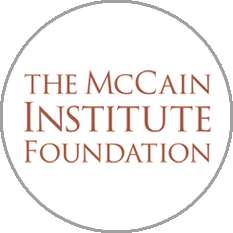